It’s so neat watching Ellie play. She’s really starting to explore toys and materials around her and now that she can scoot around, she’s moving her body in new ways and using her hands to really manipulate things around her. While I was going through some things in the guest room (catch-all room/ hopefully one day my craft room), I noticed how involved she was with a caterpillar toy she had gotten at a birthday party. I had to capture her exploration on film, it was just so neat watching her. She moved around the room for over fifteen minutes working on grasping and exploring and handling that string on the toy.  (And yes, I know, her outfit is a bit pippi longstocking/punky brewsterish/smee from peter panish, but I found that cute little hat while organizing, and putting pants on the girl is like wrestling a pig these days). 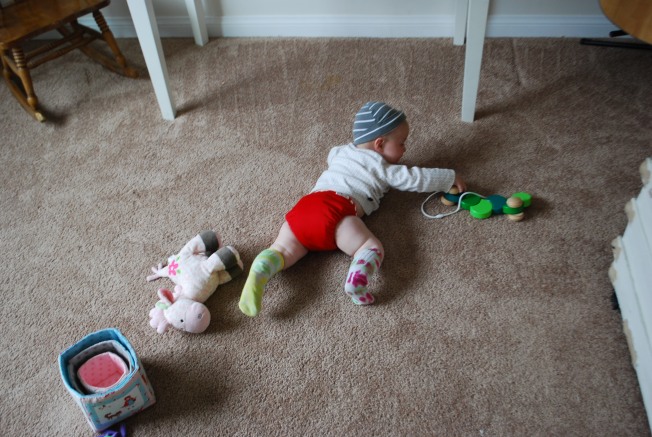 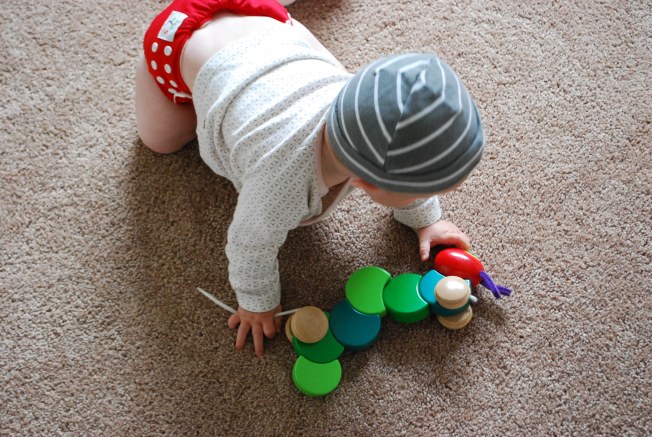 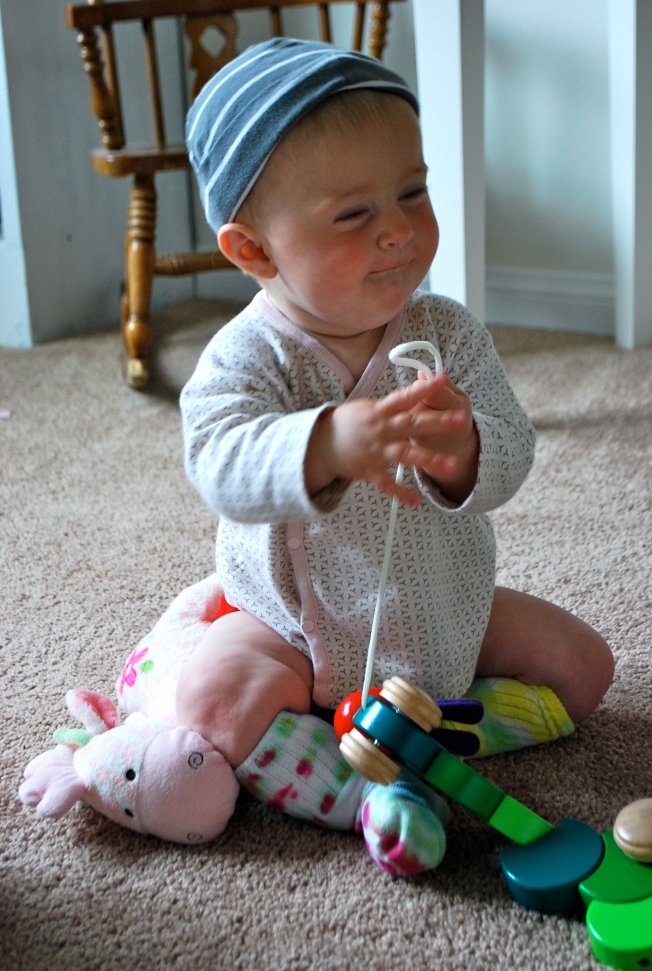