I can not believe we are already in week three of January. It’s been way too long since I’ve been in this space. I’m not even sure I finished up posting last year’s portrait project. I was loyal to it though and even managed to get a book made for Ellie of the full year. Hopefully this year, I will be a little more loyal about posting in this space.

It’s been quite the New Year with everyone getting sick, and jet lagged from Christmas in Boston (we all slept completely through New Year’s). I’m still fighting a sinus infection in fact. Were trying hard to get our regular rhythm back. We started our home school co-op again every week and Ellie and I started her Natural History museum class once a week and then she began ice-skating lessons with Jeff on Saturday mornings. So, we are definitely getting back into a rhythm.

This weekend was pretty fantastic. I got to go out and march with my fellow women (and men) in the Women’s March in Santa Barbara. It was a glorious day and carrying my sign down state street with so many passionate, powerful and extraordinary people was exhilarating.

Ellie and Jeff dropped me off, unfortunately they had Ellie’s first ice skating lesson, so they couldn’t march,  but they met up with me afterward and we took Ellie to part of the rally so she could see what a protest was all about. She didn’t understand what was going on, but we spoke about being kind to everyone, standing up for good and what’s right and to not let anyone bully you. 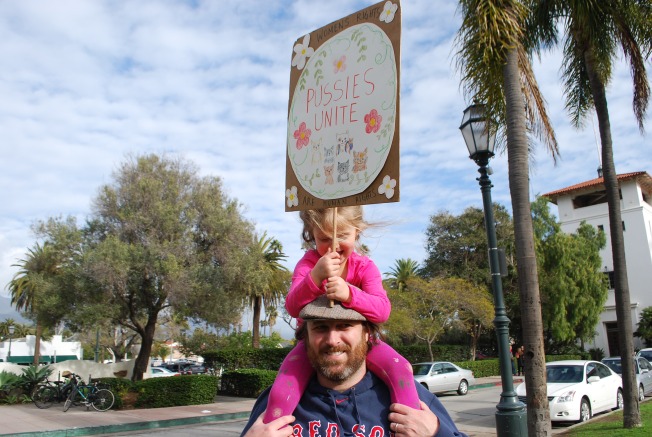 We’re getting a lot of rain this winter so far and so sunday was spent indoors, working on art and catching up on laundry (as always).

As for the three weeks I’ve missed for this year’s portrait project:

Eloise: We’re all still sniffly, but we had to get out of the house and into the fresh air. Tide-pooling was calling our name, so we headed out in search of sea life. We found crabs, little fish, lots of shells, anenomes, a few urchins, barnacles, a beautiful white egret and watched some dolphins pass by. It was just what we needed. 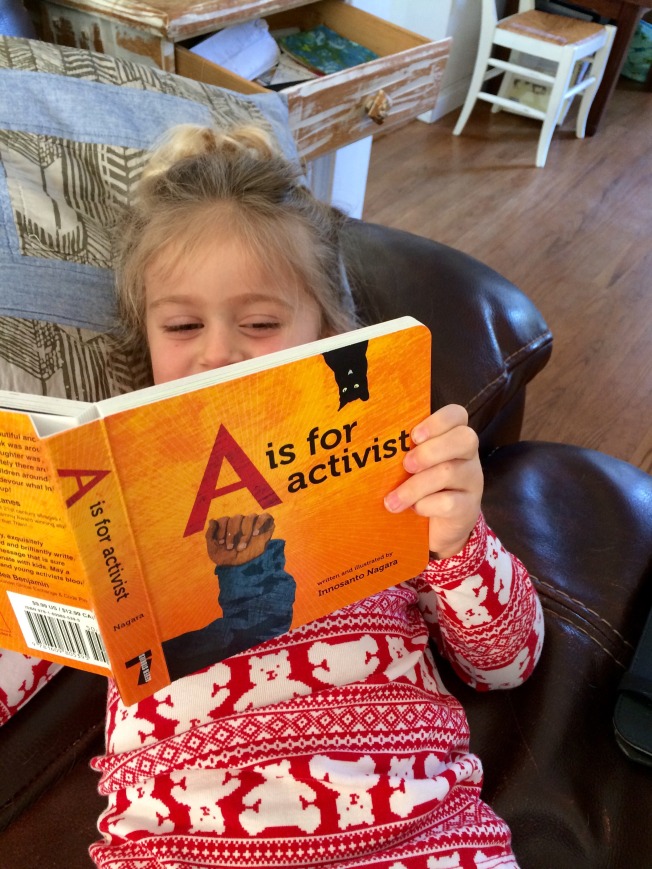 Eloise: Your Mama marched today in a historical protest. You helped me with my sign and made your own as well (even though you missed most of the march because of ice skating lessons), but you did get to see a bit of the rallies and you got to carry the sign. I hope that by me walking today, you will have to do less in protest in the future.